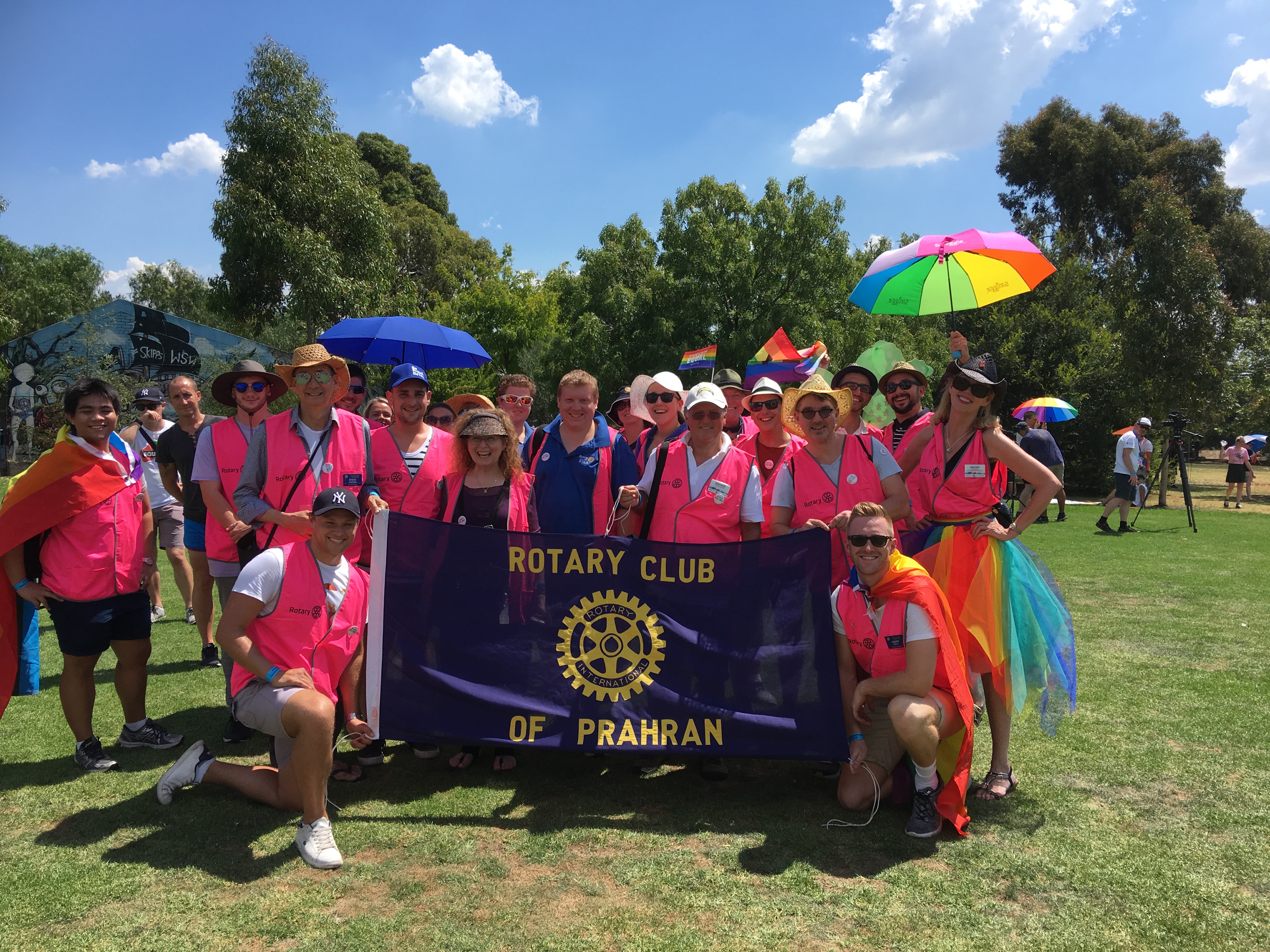 Rotarians made history at this year’s Midsumma Pride March when club members marched with the LGBTIQ community in an Australian-first (& only the third time in the world after San Francisco & London!!)

On Sunday 28th January, Rotarians from all over Victoria donned hot pink vests with rainbow hearts and marched behind the Rotary Club of Prahran banner, making it the first club in Australia to take part in Pride.

Prahran Rotarians were lead by LGBTIQ advocate and 2017 Young Australian of the Year for Victoria Jason Ball, who is a proud young member and among several gay members of Rotary Prahran.

Jason said it  sent a powerful message about the organisation’s commitment to diversity and inclusion, and turn the Rotary stereotype on its head.

“Rotary clubs were once seen as for old white men, but the modern Rotary really does reflect the communities it serves, and I’m so proud to be part of this exciting movement,” he said.

“The organisation has a long history of community involvement and service as well as an open door for people of all races, religions, abilities, vocations, sexualities and gender identities.”

Ball said that since joining Rotary he had been embraced by club members of all ages and from all walks of life and that their willingness to take part in Pride only showed how inclusive the movement is today.

“It is just so heartening to see Rotarians from all over Victoria coming out in bright colours to march in Pride and show that Rotary really is for everyone with a heart” he said.

Rotarians and Rotaractors of all ages, from Prahran, Melbourne South, Southbank, Daylesford, Bendigo and other Rotary clubs near and far, took part in the annual march which turns Fitzroy Street, St Kilda, into a sea of colour, life and fun.

Jason said that Rotary Prahran hoped it would attract more people to get involved in the important work Rotary does serving communities.

“At Prahran, like Rotary clubs all over the world, we are looking for more members to volunteer on more community programs at home and abroad.”

To view the great video of the VERY hot march made by Rotarian James Mepham, click HERE. 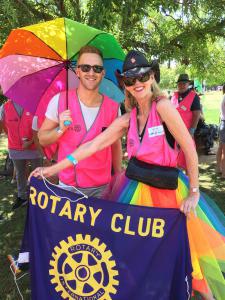